From this week in Facebook posts on mundane matters…

The privilege of living in a flat that faces other flats

Our neighbours, by which I mean people living across the street of whose flat I have a stellar view through their uncurtained windows, are seriously adorable. The kids just arrived home. They're at the dining room table. Little boy gets his bib tied on. Little girl gets her hair tied up. Little boy is smelling his soup like he really can't wait to eat it. Mom brings in some kind of topping for the food. More excitement. And then eating commences. Oh, it's so good, they're having seconds.

This morning in the neighbourhood... The man at the supermarket telling his friend(?) behind the deli counter about how he keeps almost no money in his bank account anymore. They're monitoring us, man. And you know when the little guy fails to put just a few bucks on his tax return, then the auditors are going to hang him out to dry – big time. And the guy in the park walking two dogs, starting a phone conversation, "Good morning," then something I can't make out, but, as he passes me, "I just want to die."

How our robot vacuum cleaner is like a child
Posted by gec at 16:28 No comments:

The spice of age 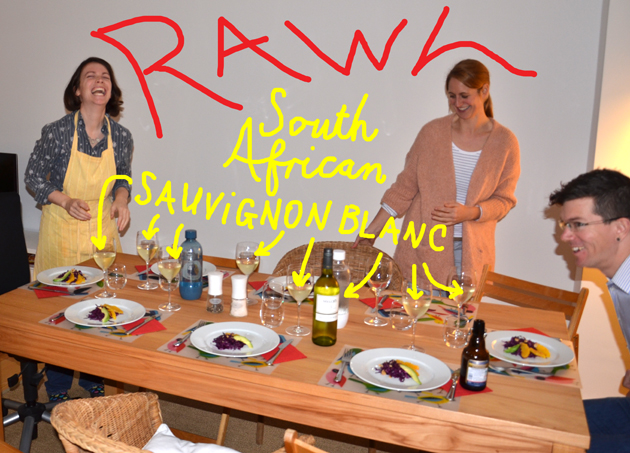 This is a story about my thirtieth birthday party, during which we didn't exactly waste time on posing for pictures; instead, we focused on enjoying some good food and wine. And laughing. Lots of laughing and talking. Maybe sometimes with our mouths full. One of the stars of the story was South African wine, as should be apparent from the annotated pictures. Another star was my friend Marlene, who helped me plan the menu. She also introduced the main star – spices – through a wonderful spice story interlude, which was so intriguing that exactly none of us remembered to pick up the camera! I did however write a bit more about it here[link to come soon]. Thanks to my lovely guests for eating aaaaall the food and to everyone who sent wishes and even gifts from afar. So far thirty really couldn't be any better :) 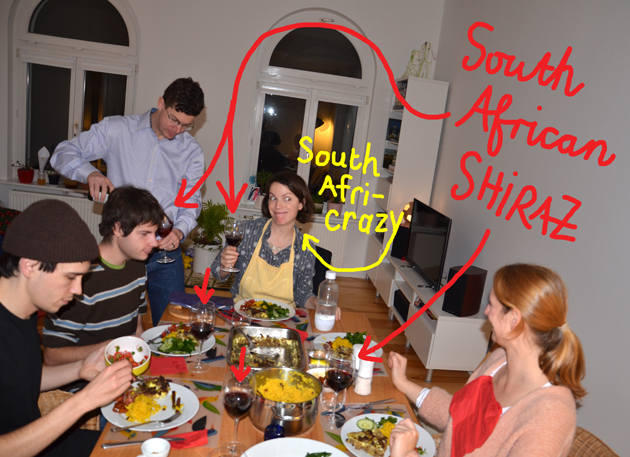 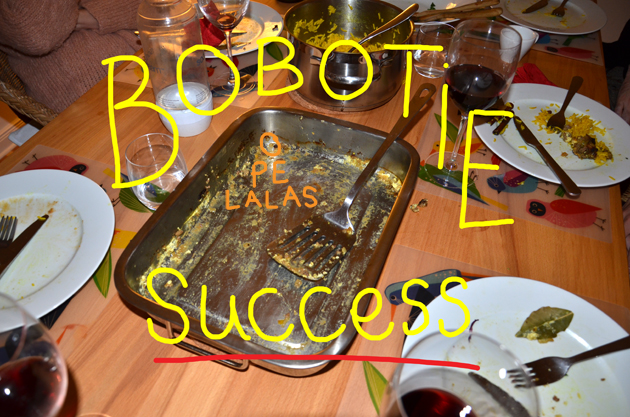 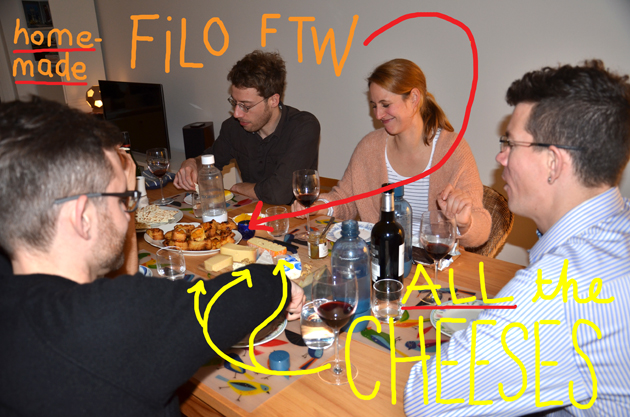 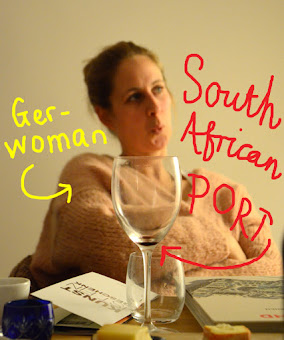 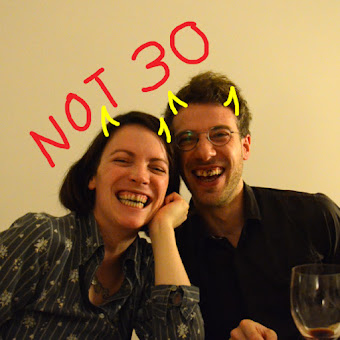 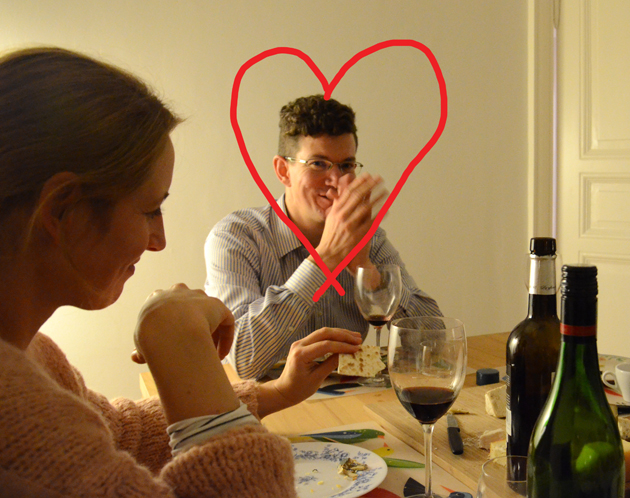 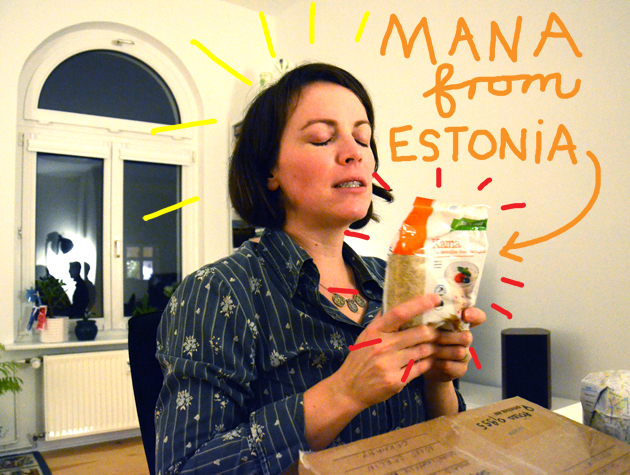 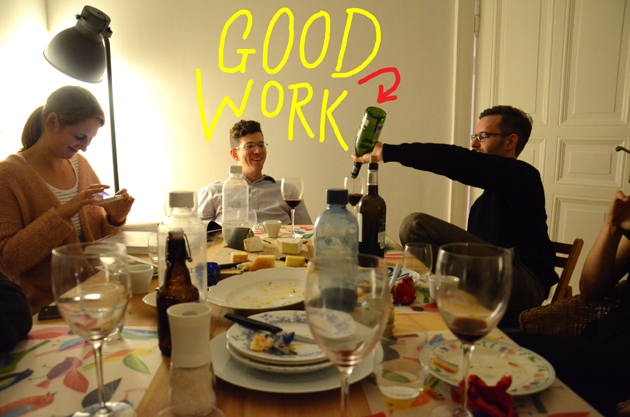 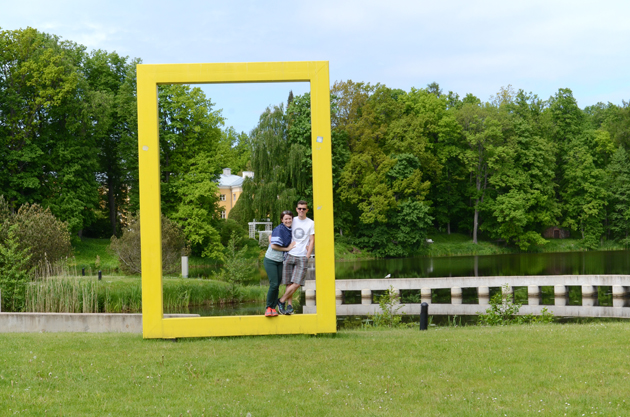 Besides a bit of National Geographic picture frame action, the principle of picture selection is limited to Räpinites on bicyles. Our day mostly consisted of general strolling and browsing. 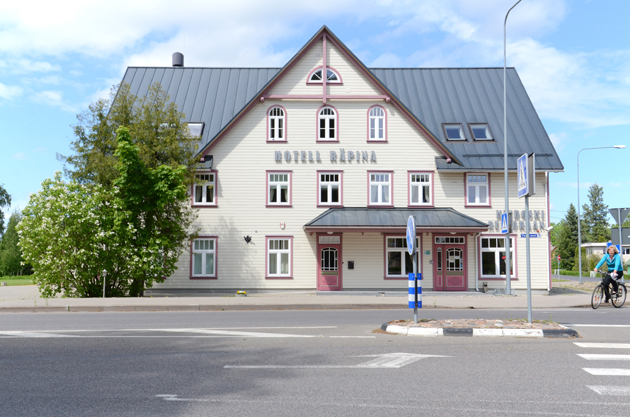 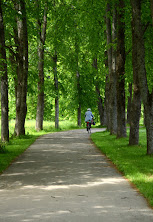 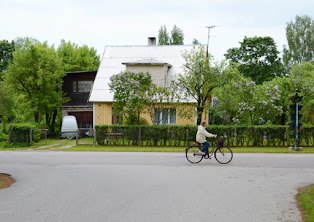 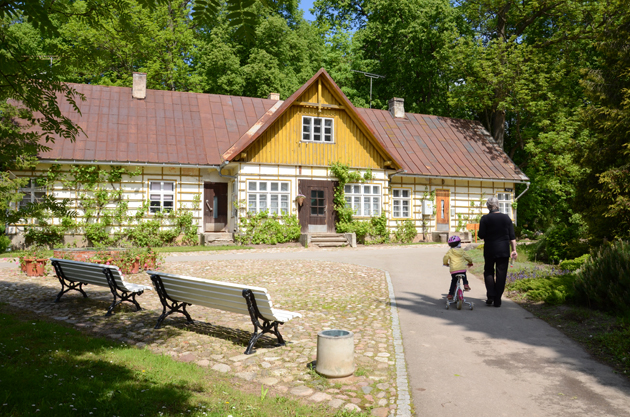 At one point we had the ambiguous fortune of seeing a sign for the Tsõõrikmägi meteorite crater. After a bit of a walk and nearly being eaten alive by mosquitoes, I took a quick picture of a watery hole and then we half ran, half swatted our way back to civilization. Hopefully the craters on Saaremaa will be more, well, cratery.

The other day in the sauna after my swim I was stretching a bit. One of the sauna cohabitants was an old woman; a woman of the age where I'm impressed that she has made her way to the pool and sauna at all. She looked at me stretching and started speaking in Russian. I speak no Russian. Well, I know "yes", "no", and "thank you", but they serve little purpose if the only question I might understand is "Do you speak Russian?" – "Uh, no." But as often proves to be the case, whether or not I speak Russian was largely irrelevant. I could imagine enough of what she intended to smile and nod through it. My imaginary transcription took form, "Oooh, look how supple you are. I was once supple, fit, and strong too. We used to do all the exercises every day like so, like so, like so", as she slapped her upper arms in turn.

More recently we went on a day-trip to Räpina. Upon entering the local museum, we met its keeper and tried to get started in English, but it proceeded a bit haltingly. He asked if we understand Estonian, to which I gave the standard yet in my case totally accurate answer, "A little." "Well then, we'll just go slowly and I'll tell you about a few things." Somewhere between the few words that I did catch, accompanied by pictures and maps, we seemed to absorb information. But more than that we were sharing in some kind of exchange beyond quantities of information: he was giving us his time and expertise, and we were giving him our attention and interest. He could've concluded that there's no point in speaking to people who barely command the language, or we could've concluded that there's no point in taking a tour that we won't fully understand, but in the end the experience had little to do with such considerations. 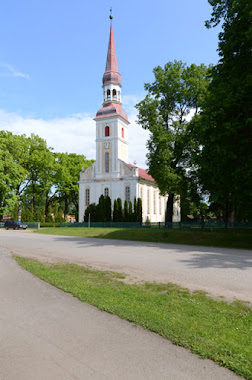 Shortly thereafter, on our way to lunch, the shoe was on the other foot. I wanted to peek inside the church that had been closed earlier. Just inside the door there was a man who gestured that it's alright to go inside, and then he asked what language we speak, maybe German? After a look at the church interior we took up a conversation with him. We didn't actually ask, but it seemed he was either someone tending the garden, or he could have been the pastor himself tending the garden. Either way, with his big face and his big hands he apologised for his poor memory of the German he had learnt at school. Then, in explaining that we're not from Germany but that we live there, we somehow got on the topic of Europe. His limited command of the language could not technically express his thoughts and feelings, but the sentiment was clear. Basically, God bless Europe, including Germany and Angela Merkel. The union is not without its failings, but Estonia is thankful for it. And oooh, the Russians, God bless them too, but that cheeky rascal Vladimir... We must hope and pray for peace. 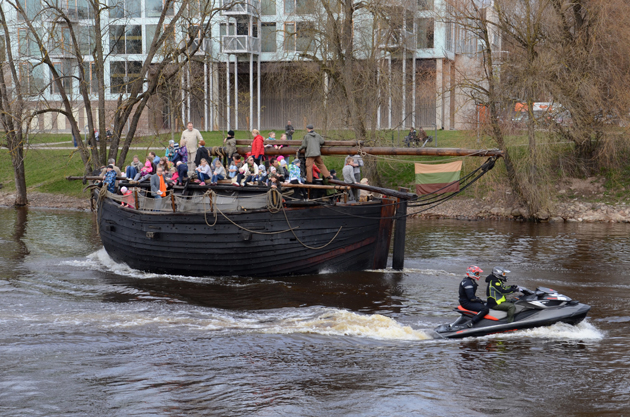 This morning I recalled that I left out one of the best parts of yesterday. I met up with a friend who mentioned that a little girl with a whole lot of hustle had tried to sell him some things, in English, but he had neglected to bring cash so he couldn't buy anything. Naturally my response was: Take me to this girl! She was seated on the ground in the fleamarket area and had a tiny setup with her wares on some cloth in front of her. I'm guessing she was about ten years old. She asked if we'd like to buy something in Estonian, so I replied yes, in English. "Would you like some tea?" "No, thank you, what else do you have?" "I have kirju koer, it's a kind of chocolate cake." "Okay, two pieces please. How much is it?" "It's one euro. It should be very delicious, because this year is the first time I made it with extra butter!"

And my heart melts. As if it were made with extra butter too.

There were numerous performances by children, but I loved this one's spunk. This is just a few seconds, but the whole song was treated to his energetic accompanying steps and giving the vocals his all.

And, finally, the big swing, which is actually the village swing (küla kiik), in action.